Rising Sun Workshop (RSW) combines cafe culture with motorcycle mechanics. Yes - it’s niche, but also intriguing and visionary. Want a bowl of Kurobuta pork bell ramen while you fix up your motorbike? How about a panko eggplant katsu burger over a chat with other bike enthusiasts? Everything about the RSW asserts confidence, passion and community.

Sydney’s burger scene can be roughly divided into two eras: before Mary’s and after Mary’s.  The short menu is styled on American fast food, but it’s far from it in production.  Sure, the buns are soft and cheap and the cheese is American.  But the all-important patties use some of the best beef in Australia – O’Connor grass-fed; and the bacon is smoked on-site. The drinks list has leaders in Australian natural wine, Islay whiskeys and the local beer scene as well as a mix of old-school Australian brews.

It would be wrong not to mention Thai food when writing about Newtown. Newtown attracts truckloads of students and one of the biggest drawcard is cheap, delicious Thai food. My money’s on Thai Pothong because not only does it serve fragrant, punchy flavours but it also boasts a massive space that’s exotically decorated with Southeast Asian influences.

Yeah yeah Strawberry Watermelon Cake. Nobody can deny its fresh elegance and aesthetic appeal. However, I do urge you to try some of their other kickass creations. Pistachio Lemon Zen Cake and the Orange Cake with Persian Figs are just two of my favourites that harmonises slight tart flavours with beautiful textural elements. The Newtown store is tiny so get in early avoid disappointment!

Their Mandorla affogato flavour took out the Gelato World Tour title back in 2014. The winning combination boasts caramelised almonds sourced from Italy, with single origin coffee on a Madagascan vanilla base. It’s definitely worth your pennies, as their Strawberry Balsamic flavour.

Campos Newtown - a narrow hole-in-the-wall paved the way for coffee roasters in Sydney.  Baristas here count as much a part of the attraction as the liquid elixir that draw coffee worshipers from all over town.  The coffee is consistently strong, nutty and smooth.

Some people come here for the scrumptious cronuts but I come here as I followed the whiff of roasted beans. Brewton roast on site most days, where you can buy from a good range of bean variety (from Colombia to Guatemala) as well as home brewing coffee equipment. They also serve a mean breakfast. What more could you want?

Young Henrys beers have become a popular brew amongst craft beer appreciators but it was born right here in Newtown. They have a range from ale to lager to cider that should keep all thirsty palates happy.

This narrow converted space nestled at the far end of the Newtown strip has only one drawback, so many people are keen to get in and you'll be faced with a short wait.  Grab a reclaimed tractor seat at the front bar and you’ll be able to make the most of the hefty wine list.  Menus are seasonal and broken into share dishes of various sizes.  Whatever you do, don’t miss the polenta chips with gorgonzola, or maybe try the crunchy sweet-potato croquets, chickpea pancake with blistered cherry tomatoes, or a walnut tart with baby beets and samphire.  You'll be please you made the trip.

A classic old suburban local, the Courthouse is best known for having one of Sydney's best beer gardens.  Large picnic tables seat all your mates, while shady umbrellas and leafy trees provide solace from the sun. Despite the garden's generous proportions, the pub's overwhelming popularity means snaring a table is sometimes difficult, so arrive early to get a good spot.  This pub's all about cheap jugs of beer, great food from the bistro, drinking in the great outdoors and taking in the never-ending stream of patrons that only Newtown can provide.

Leadbelly now occupies the space that once housed the Vanguard. It doesn’t really have the same vibe as the Vanguard (bohemian-gypsy jazz) but Leadbelly got its own thang goin’ on. It’s bluesy on some nights and old school rock & roll on others. They’ve got a restaurant and bar incorporated into the space so it’s definitely a fantastic dinner-and-a-show date night package.

Newtown Festival is an annual event that is now in its 38th year and it’s stronger than ever. Usually taking place in November, it combines music, fashion, food and fun. It’s absolutely beloved by the locals but it also attracts a massive crowd from all over Sydney as it incorporates everything Newtown is about in one spectacular, boisterous and vibrant day.

Iconic Enmore is the longest running live music venue still operational in NSW. Naturally it has hosted some legendary artists in its days, from KISS to the Rolling Stones. Its distinctive art-deco exterior gives it that much more personality and if you get the chance, definitely check out a show there to soak up some music history. 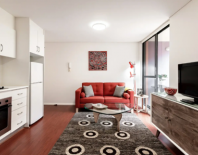 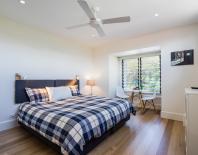 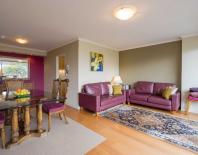 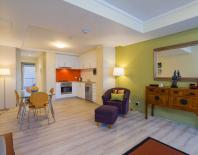 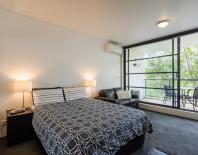